Actors : Nani, Keerthy Suresh and others

Natural Star Nani who’s having a dream run with back-to-back hits is back again in a mass avatar this time and his Nenu Local which also features Keerthy Suresh, directed by Trinadh Rao Nakkina has hit the screens today. Has he continued the hit streak? Well, let’s find out.

The story of the film is evident from the teasers and trailers and as expected, the protagonist falls in love with the heroine who is a dad’s angel. How he wins her heart and what changes suddenly with her father’s decision. How Nani comes out winning forms the rest of the story.

Nani is seen in his usual best and his comedy timing is impeccable, probably one of the best in the business. His performance in a mass role is superb and he pulls off the character with amazing ease. Keerthy Suresh fits in the bill as a traditional girl and does her part well. She also emotes particularly well in a few scenes. People who expect the glam quotient will be disappointed. She may want to consider losing some weight. The characters who portrayed Nani’s parents and Keerthy’s parents fit the bill and rest of the crew does their part well.

Songs are okay in the film and the picturization needs no special mention as well. Except for one song, most of them go with the flow and do not act as speed breakers. Background music is decent and does not overdo the proceedings. Much may have been expected of Devi Sri Prasad.

Trinadh Rao Nakkina choses a story line which is quite old and beaten to death. The screenplay is age old as well and where he impresses is the comedy element embedded in all this drama. Few dialogues evoke superb fun and click with the audience. No vulgarity has been added making it a clean watch. The movie is high on entertainment and though the scenes seem repetitive, the comedy keeps the flow going.

Cinematography is good and the film has nothing much to boast about on locales and richness and the camera work is done what best could be done for the film and the scenes.

Technical values from Dil Raju are very good as expected and the film is presented in good light. One may miss the richness factor of beautiful locales expected from a typical Dil Raju’s village movie but considering the genre and story of the film, the technical values are good enough.

Nenu Local is one story which has already been presented in a thousand different ways in Indian cinema. The screenplay doesn’t wander as well and the film goes as expected. However, high comedy quotient may work in favour of the film and Nani’s impeccable timing will keep the audience going. The first half would fly by unnoticed and the second half has its laggy moments with a heavy climax which again, can be expected. Overall, it will be one more hit for Nani, might not be a huge one though.

You may watch it.

2 – Watch at your discretion

The fractions are an indication to whether the movie is closer to the better side or the bad.

P.S: This review is the view of the reviewer only and is not meant to drive/stop people watching the film. Please watch the movie only in theatres. 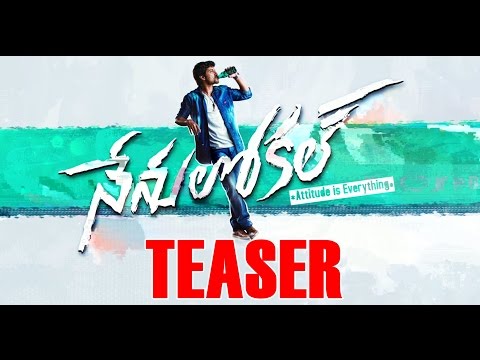